Stephanie Edgley, Skulduggery Pleasant and Valkyrie Cain are back in time to try and save the world. The eighth installment in a category all of its own - mixing comedy, action, horror, suspense and drama leaves readers turning pages as fast as they can, as they read the follow-up to 2012's number-one bestseller, Kingdom of the Wicked. War between the Sanctuaries has finally come - blending the lines of good, bad, evil and political. The Irish Sanctuary is under attack. Allies and enemies, foes and friends work together to protect the Sanctuary from outside hands. But conspiracies are everywhere, trust is misplaced and things are not as they seem.

Skulduggery and Valkyrie must team up with the rest of the Dead Men to try and maintain the control and leadership of the Sanctuary. They work together in secret, trying to find a way to keep the world safe from Darquesse - Valkyrie's secret and extremely powerful dark side. The pressure is on, find a weapon, shield Valkyrie from exposing her secrets, protect her family from Stephanie. Old friends China Sorrows and Tanith return to help the fight - or do they have another agenda.

To have a chance, Skulduggery and Valkyrie must work quickly and covertly. The world depends on it.

Marketed as a children's book, this content is anything but childish. Themes, action and plots are far more sophisticated making this a great read for Young Adult or Adult readers.

“Thank you,” Skulduggery said to her. “I fear he was about to start insulting me.”
“I couldn’t let that happen,” she said. “Your ego is a fragile and delicate thing.”
“You see? You understand me.”

About the Author - Derek Landy 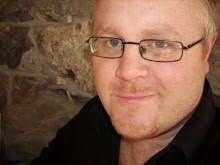 Derek Landy is far too modest to talk about any awards or accolades his books may have won. He will not, for instance, mention the fact that his first book, Skulduggery Pleasant, won the Bord Gais Energy Irish Book of the Decade Award AND the Red House Children's Book Award, or that his second, Playing With Fire, won an Irish Book Award for Children's Book of the Year, or that his third, The Faceless Ones, is his mother's personal favourite.

He lives in Ireland with a variety of cats, a German Shepherd, and two geriatric Staffordshire Bull Terriers who keep peeing on his kitchen floor because they think it's funny.

He also enjoys toying with his readers by keeping them apprised to his every written whim which is contained at his blog.

Find other great books to read! View our most recent recommendations to add to your bookshelf!